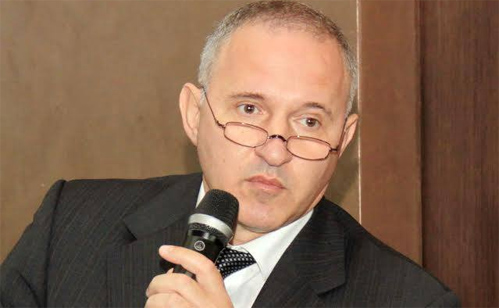 On April 27, 2017, the Third Annual Scientific and Practical Conference “Actual Issues of Cardiology and Cardiac Surgery” was held by the organizers of the joint project – the Heart Institute and the National Medical Academy of Postgraduate Education named after P. Shupik (Department of Cardiac Surgery, X-ray Endovascular and Extracorporeal Technologies, Functional Diagnostics).

More than 150 cardiologists, therapists, cardiac surgeons, resuscitators, anesthesiologists, and functional diagnostics doctors from various regions of Ukraine took part in the conference. The conference always attracts so much attention of practical doctors, given the rapid evolution of approaches to diagnosis and treatment of cardiosurgical patients, the need for modern technologies of cardiac surgery.

The welcoming speech to the participants of the conference was presented by Director of the Heart Institute, Head of the Department of Cardiac Surgery, X-ray Endovascular and Extracorporeal Technologies of the NMAPE named after. P. Shupik, corresponding member of the National Academy of Sciences of Ukraine, Professor Borys Todurov. The subjects of the plenary session included consideration of aspects of the diagnosis of aortic heart diseases and the use of modern cardiac surgical techniques, such as Ozaki’s operation, decalcification and transcatheter implantation of the aortic valve. In particular, Borys Todurov, Igor Mokrik (Institute of Heart, Ministry of Health of Ukraine), Vitaliy Demyanchuk (NMAPO named after P. Shupik), A. Gabrielyan (A. Shalimov Institute of Surgery and Transplantology of the AMS of Ukraine).

Significant attention of the audience was also attracted by the satellite symposium with the participation of the head of the department of nephrology and renal replacement therapy, Professor D. Ivanov and the head of the functional diagnostics department, Professor Oleg Zharinov. Modern aspects of the treatment of arterial hypertension in patients with chronic kidney disease and management of stable coronary artery disease were reviewed in terms of comparing agreed-upon settings and clinical practice.