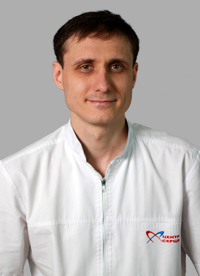 He is a full member of the World Organization for Extracorporeal Life Support Organization (ELSO), the Association of Cardiac Surgeons of Ukraine, and the European Cardiovascular Perfusion Platform.

In 2004 he graduated from Ternopil National Medical University named after I. Gorbachevsky.

From 2004 to 2006 he passed an internship in “Surgery” on the basis of the National Medical Academy of Postgraduate Education named after P.L. Shupika.

In 2017 received a specialization in “Surgery of the heart and main vessels” on the basis of the National Medical Academy of Postgraduate Education named after P.L. Shupyk.

In 2019, he received a European diploma issued by the European Board of Cardiovascular Perfusion (EBCP), which allows him to practice as a perfusionist in the EU.

From 2006 to 2008, surgeon of the department of anesthesiology, intensive care and artificial circulation of the National Institute of Cardiovascular Surgery named after Amosov of the National Academy of Medical Sciences of Ukraine.

Since 2008 to the present time he works as a surgeon of the department of artificial circulation and extracorporeal methods of treatment at the Institute of Heart of the Ministry of Health of Ukraine.

Providing artificial blood circulation during cardiac surgery of any complexity in adults and children.